From legends of hybrid cloud to legends of the entertainment world, we’ve got it all at INSIGHT 2021 Digital.

Hold on to your earbuds, our music guest at INSIGHT 2021 Digital will take your every breath away. Does the name Sting ring a bell? Yes, that Sting! As a solo musician and member of the Police, Sting has earned 17 Grammy Awards, including Song of the Year for Every Breath You Take. We are deeply honored to have this incredible artist join us on the INSIGHT 2021 Digital stage.

Next join us for building community with Peyton Manning

Two-time Super Bowl-winning quarterback, five-time NFL MVP & member of the Pro Football HOF, Peyton Manning joins NetApp President César Cernuda to discuss winning as a team and thriving through transformation. Be sure not to miss it.

Hailed as “the reigning Queen of American stand-up,” our event emcee, Whitney Cummings, is one of today’s preeminent comedic voices. Whitney is the creator and star of NBC’s “Whitney,” as well as one of the comedic geniuses behind CBS’s “2 Broke Girls.” 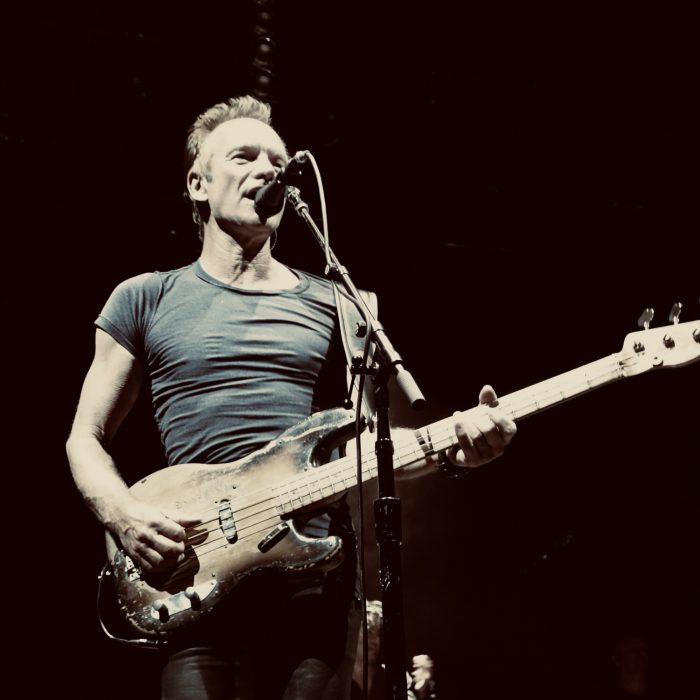 As a solo musician and member of the Police, Sting has earned 17 Grammy Awards, including Song of the Year for Every Breath You Take. We are deeply honored to have him join us on the INSIGHT stage.

Composer, singer-songwriter, actor, author, and activist Sting was born in Newcastle, England, before moving to London in 1977 to form The Police with Stewart Copeland and Andy Summers. The band released five studio albums, earned six Grammy Awards and two Brits, and was inducted into the Rock & Roll Hall of Fame. He has sold close to 100 million albums from his combined work with The Police and as a solo artist.

As one of the world’s most distinctive solo artists, Sting has received an additional 11 Grammy Awards, two Brits, a Golden Globe, an Emmy, four Oscar nominations—including 2017’s nomination for “The Empty Chair” from Jim: The James Foley Story—Billboard magazine’s Century Award, and MusiCares 2004 “Person of the Year.” He is a member of the Songwriters Hall of Fame and has received the Kennedy Center Honors, the American Music Award of Merit, and the Polar Music Prize.

Sting has appeared in more than 15 films. He was the executive producer of A Guide to Recognizing Your Saints, and in 1989 he starred in The Threepenny Opera on Broadway. The Last Ship, a musical inspired by his memories of the shipbuilding community of Wallsend in northeast England where he was born and raised, was nominated for a Tony Award.

His most recent album, My Songs, features contemporary interpretations of his most celebrated hits; it spawned a celebrated world tour of the same name with a Las Vegas residency set to open later this month.

On November 19, Sting will release The Bridge, a new album showcasing his prolific and diverse songwriting prowess. Written and recorded in a year of global pandemic, this new collection finds him ruminating on personal loss, separation, disruption, lockdown, and extraordinary social and political turmoil. Representing various stages and styles from throughout his unrivaled career and drawing inspiration from genres including rock n’ roll, jazz, classical music and folk, the eclectic album features Sting’s quintessential sound on pop-rock tracks such as the album’s opening rock salvo “Rushing Water” and new indie-pop sounding “If It’s Love.”

Sting’s support for human rights organizations mirrors his art in its universal outreach. Along with wife Trudie Styler, Sting founded the Rainforest Fund in 1989 to protect the world’s rainforests and the indigenous people living there. They have held benefit concerts to raise funds and awareness for the Earth’s endangered resources. Since its inception, the Rainforest Fund has expanded to a network of interconnected organizations working in more than 20 countries on three continents. 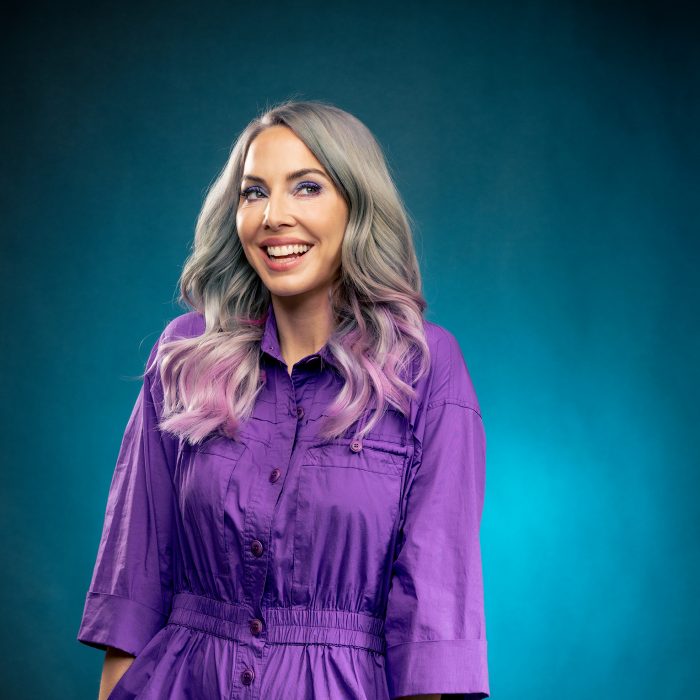 Hailed as “the reigning Queen of American stand-up,” our event MC is one of today’s foremost comedic voices, creator and star of NBC’s “Whitney,” and one of the brains behind CBS’s “2 Broke Girls.”

Hailed as “the reigning Queen of American stand-up,” Whitney Cummings is one of the preeminent comedic voices currently working as a stand-up comedian, actor, writer, producer and director. Best known for creating and starring in the NBC series “Whitney,” she also co-created and co-wrote (with Michael Patrick King) the Emmy-nominated CBS comedy series “2 Broke Girls.”

In 2019, Whitney launched her own podcast titled “Good For You” and debuted her fourth stand up special, “Can I Touch It?” on Netflix. Previous specials have debuted on HBO and Comedy Central. In 2017, Whitney debuted her novel “I’m Fine…And Other Lies,” which details her brutal anxiety and codependency disorder, written with her trademark entertaining wit, humor, and honesty. In addition to co-writing and directing the feature film “The Female Brian,” she also stars alongside Sofia Vergara, James Marsden, Lucy Punch, Toby Kebbell, Cecily Strong, Beanie Feldstein, and Blake Griffin. The film details the inner workings and complex power of brain chemistry among couples at different stages of their relationships. It premiered at the Los Angeles Film Festival and was distributed by IFC.

On the big screen, Whitney was last seen in “Unforgettable” for Warner Bros.  Past feature film credits include “The Wedding Ringer,” “Made of Honor,” and “The Ridiculous Six.” Whitney has appeared in such series as “Undateable,” “Workaholics,” “Maron” and the Comedy Central Roasts, which have solidified her presence in comedy television.

She has made countless other television appearances on talk shows such as “Watch What Happens Live,” “The Tonight Show with Jimmy Fallon,” “The Kelly Clarkson Show,” “The Late Late Show,” and she’s appeared on and guest hosted “Jimmy Kimmel Live.” The continued success can be attributed to one thing, as explained by Glamour Magazine: “One thing has remained constant in this career: Whitney says it as it is, …and OWNs stand-up comedy.”

Following the success of her sold out “CODEPENDENT TOUR”, Whitney is currently on her “TOUCH ME” stand up comedy theatre tour which spans 60-cities across North America. 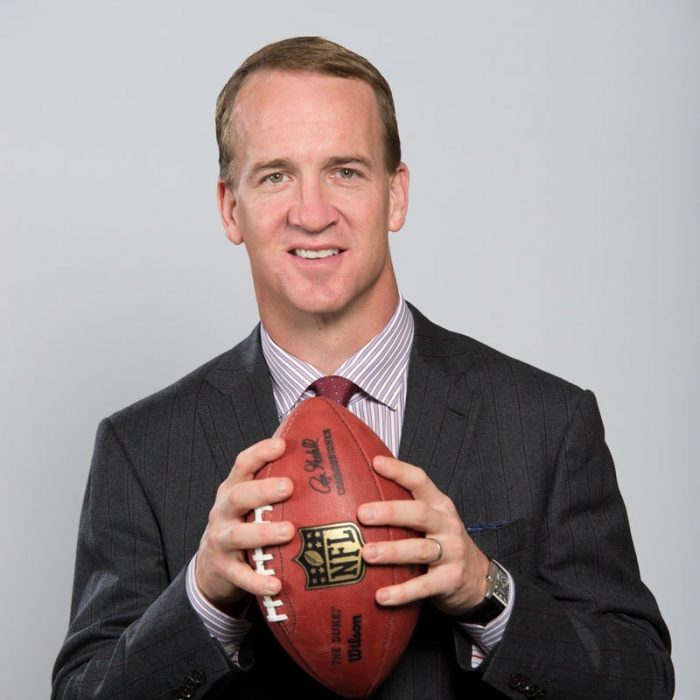 Legendary quarterback Peyton Manning, the NFL’s only five-time Most Valuable Player and a 14-time Pro Bowl selection, has earned his place among the greatest quarterbacks in league history as one of the leaders in nearly every statistical passing category. A first-ballot Hall of Fame selection, Manning was inducted into the Pro Football Hall of Fame’s Class of 2021.

During the 2015/2016 season, Manning led the Denver Broncos to a 24-10 win over the Carolina Panthers in Super Bowl 50, making him the first starting quarterback in NFL history to win a Super Bowl with two different teams.

Manning entered the NFL in 1998 with the Indianapolis Colts as the first overall draft pick. When he retired in 2016, Manning held numerous records including the most career touchdown passes in league history in addition to ranking first all-time in completions and passing yards. Named a first-team All-Pro selection by the Associated Press on seven occasions, no quarterback in NFL history had more playoff appearances or 300-yard passing games than Manning when he retired.

In 2013, Manning was named Sportsman of the Year by Sports Illustrated. In his first year with the Broncos in 2012—and after missing the entire 2011 campaign with a neck injury – Manning finished as the Associated Press NFL Comeback Player of the Year and runner-up for the league’s MVP.

During his first 14 NFL seasons with the Colts, Manning set club records in nearly every career passing category. He led the franchise to its first World Championship in 36 years during the 2006 season, earning MVP honors in the Colts’ 29-17 win over the Chicago Bears in Super Bowl XLI. In 2017, the Colts honored Manning by retiring his number 18 at Lucas Oil Stadium.

In early 2020, Manning was named to the NFL’s 100 All-Time Team, one of only 10 quarterbacks to earn a spot on this iconic list.

During his time at the University of Tennessee, Manning epitomized the term “student-athlete.” He claimed 43 records at the school, conference and national levels while graduating with Phi Beta Kappa honors. He led Tennessee to an SEC Championship as a senior in 1997 and earned consensus All-America honors. Following his senior season, Manning was honored with the Sullivan Award for the nation’s top amateur athlete based on character, leadership, athletic ability and the ideals of amateurism. In 2005, the Volunteers retired his number 16 and in 2017, he was inducted into the College Football Hall of Fame. Manning was named to ESPN’s College Football 150: College Football’s 150 Greatest Players list announced in January 2020. Manning endows the Peyton Manning Scholarship at the University of Tennessee – Knoxville, awarding four-year scholarships to four incoming freshmen each year. To date, there have been 45 scholarships.

He has also received numerous awards for his philanthropic work off the field and was honored as the recipient of the Byron “Whizzer” White Humanitarian Award and the NFL’s Walter Payton Man of the Year in 2005, the Bart Starr Award in 2015, and the Lincoln Medal in 2017.

Manning is a longtime supporter of The Pat Summit Foundation, a non-profit with a mission to find a cure for Alzheimer’s. In 2012, Manning joined The Pat Summit Foundation Advisory Board and co-chairs several fundraising events throughout the year. He also sits on the American Red Cross National Celebrity Cabinet – lending a hand during disaster relief.

He and his wife, Ashley, established the PeyBack Foundation in 1999 to promote the future success of disadvantaged youth by assisting programs that provide leadership and growth opportunities for children at risk. Since its inception, the PeyBack Foundation has provided millions of dollars through its grants and programs. In 2020, through the PeyBack Foundation, Manning endowed a total of nine (9) scholarships at three (3) HBCU schools in Tennessee and five (5) in Louisiana. Manning is a champion for the Peyton Manning Children’s Hospital at St. Vincent (Indiana); serving as an ambassador, advocate and fundraiser. Peyton and Ashley co-chair the signature fundraising event for the hospital each spring, which raises money to expand and enhance departments and services offered.

Manning currently hosts three shows across ESPN channels: Monday Night Football with Peyton and Eli, Peyton’s Places and the NFL version of Detail. At the end of 2020, Manning founded Omaha Productions, an entertainment company that produces unscripted and scripted programming as well as documentaries and digital programming. Omaha Productions first project was the expansion of the Places franchise, with Manning serving as executive producer of the series as it expanded into other verticals including college football, fight sports, baseball, basketball, and soccer. In September 2021, Omaha Productions in partnership with ESPN launched Monday Night Football with Peyton & Eli – a Monday Night Football simulcast airing on ESPN2. Manning just completed hosting and executive producing season 1 of NBC’s revival of College Bowl, a primetime television quiz show that gave away full scholarships to college students. He balances these projects while continuing his iconic commercials and various business partnerships.

Manning and his family reside in Colorado.